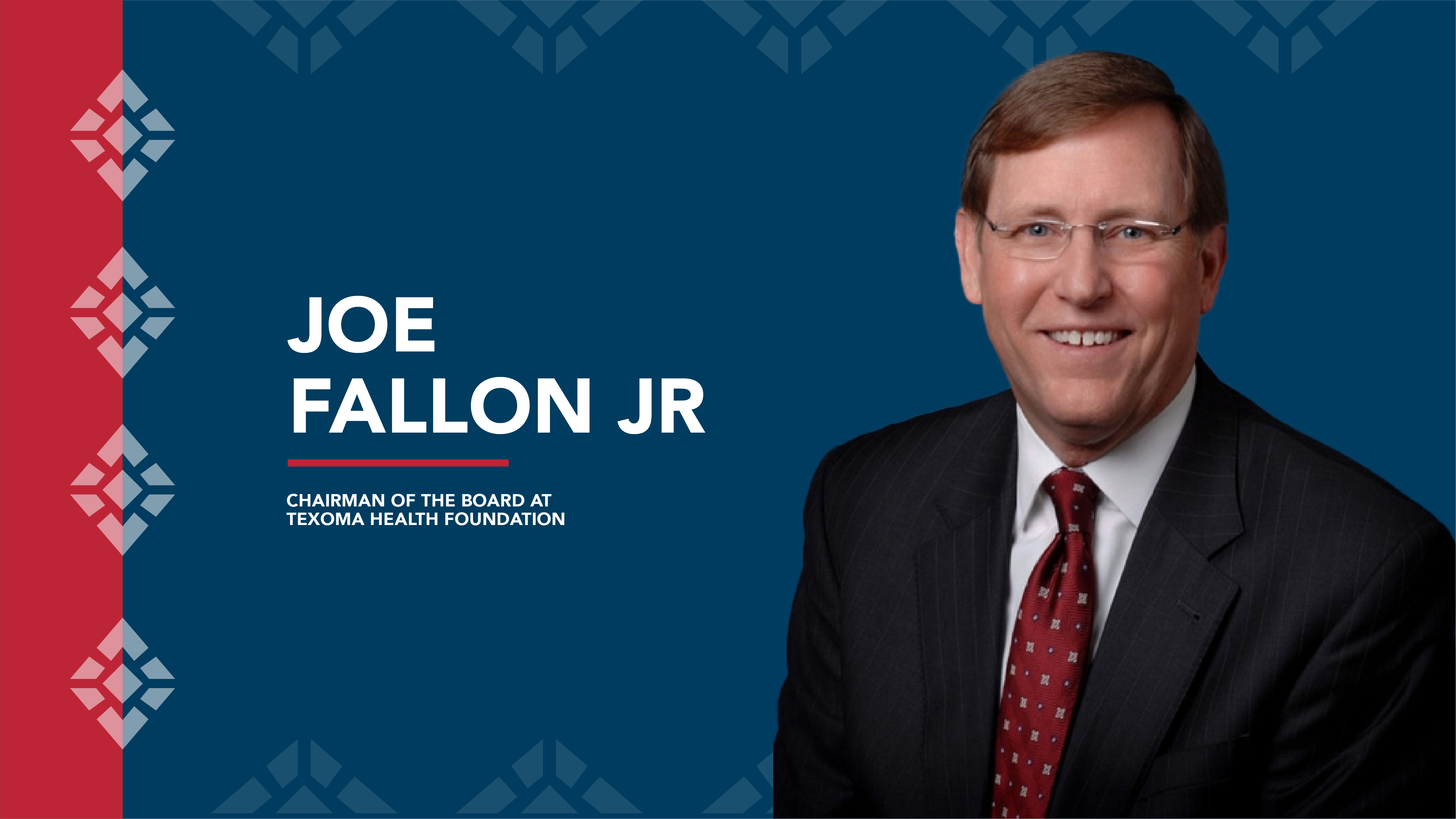 Joe Fallon Jr. is the current Chairman of the Board of Directors at Texoma Health Foundation, as well as a member of the Finance Committee. He began his work with THF after the previous Chairman, Brett Graham, invited him to join. He’s motivated by his work and is happy for the ability to provide help to the four counties making up the Texoma Community. While he’s passionate about all the charity work THF does, his favorite is the work they do to help children in the community and work promoting mental health awareness.

Joe has done a wonderful job serving as the Chairman of the Board and is happy for the ability to help multiple non-profit organizations that serve the region he’s from. He says, “with THF we help fund and mentor so many groups, it multiplies what we are a part of. I also really like the board. They’re hard-working, smart, kind people with hearts in the right place for charity.”

Joe is a native of the Texoma region, having lived in Sherman, Texas for the majority of his life. He graduated from Southern Methodist University in 1980 and has built a career for himself as a financial advisor working with Northwestern Mutual since then, he and his wife, Bonnie, have two children (both of whom are 6th generation Sherman, Texas natives), and two grandchildren. When he’s not working with Northwestern Mutual or the Texoma Health Foundation, he enjoys snow skiing and a bit of wine tasting.